Smoking and Shortness of Breath 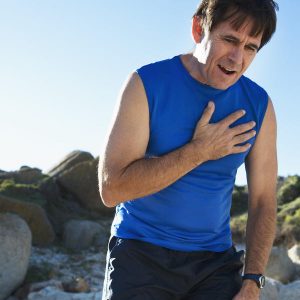 Smoking and shortness of breath often go hand in hand. Why? Because cigarettes contain close to 7,000 different chemicals. With that many toxins attacking the lungs it is no wonder smoking can cause chronic bronchitis and can lead to emphysema, included in a group of diseases called COPD (chronic obstructive pulmonary disease). Cigarette smoking can also lead to asthma particularly for heavy smokers. The chemicals contained in tobacco smoke are also known to make normal cells turn into cancer cells within the mouth, throat, and lungs. It is the leading preventable cause of lung cancer.

With each inhale, a smoker’s lungs and airways become irritated from the chemicals, which in turn causes the body to respond by creating more mucus in the lungs and throat to expel the chemicals. That is usually when an individual begins to cough. A cough is the body’s way to push out any foreign object, and in this case to get the mucus out of the system. As a person continues to smoke, their body produces more and more mucus. Over time, the mucus that is produced becomes thicker and harder to cough out. The throat of the smoker then becomes harsh and is more susceptible to infections and colds/flu than that of non-smokers.

Cigarette smoking is also known to be a leading cause of emphysema. Because the lungs are bombarded with so many harsh chemicals, including among many others; benzene, butane, ammonia, carbon monoxide and formaldehyde, it makes the smoker’s lungs deteriorate over time. Cigarette smoking is by far the most high risk behavior that causes people to develop emphysema, and it is also the most preventable cause. Cigarette smoking contributes to this disease process in two ways. It destroys lung tissue, which results in the obstruction of air flow, and it causes inflammation and irritation of airways that can add to air flow obstruction. Other risk factors include a deficiency of an enzyme called alpha-1-antitrypsin, air pollution, airway reactivity, heredity, male sex, and age.

A known fact known to many cigarette smokers; smoking and shortness of breath are often linked. Emphysema is a long-term, progressive disease of the lungs that primarily causes shortness of breath due to over-inflation of the alveoli (air sacs in the lung). Emphysema changes the anatomy of the lung in several important ways. In people with emphysema, the lung tissue involved in exchange of gases (oxygen and carbon dioxide) is impaired or destroyed. This is due to in part to the destruction of lung tissue around smaller airways. This tissue normally holds these small airways, called bronchioles, open, allowing air to leave the lungs on exhalation. When this tissue is damaged, these airways collapse, making it difficult for the lungs to empty and the air (gases) becomes trapped in the alveoli.

The best way for a person to deal with their smoking and shortness of breath is to moderate their smoking to a level that still satisfies, but ideally with reduced consequences if their choice is to continue smoking.

These statements have not been evaluated by the Food and Drug Administration. This product is not intended to diagnose, treat, cure or prevent any disease.